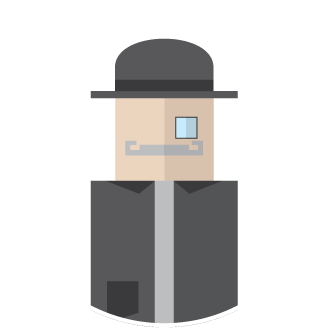 Visits one person at night. That person will appear guilty to cops. Sided with the mafia.

The Framer chooses someone every night and makes that person appear guilty to the Cops. He is an expert in jury science and knows exactly what evidence will be needed by the prosecution in the courtroom. The Framer hides someone’s jacket at the murder scene of the Mafia’s latest victim. You would think the Cops would catch on to this trick, but it gets them every time. The Framer doesn’t need to enter someone’s house to frame them, so he cannot be killed by the Granny or seen by the Creeper.

As Framer, you want to frame people you think the Cops will investigate. Frame the most suspicious members of the Village. Many times, the Framer’s most valuable asset is simply existing because it causes paranoia and allows investigated Mafia members to claim that they were framed. If you think someone is Cop or Deputy, don’t frame them as they aren’t going to be investigated, so you’re wasting your frame. Late in the game, when the Godfather is the only killing Mafia member left, it may be best to frame the Godfather. At that point, there are so few players remaining that the Cops may know that the person they investigated is Godfather if the person shows up innocent. By framing the Godfather, you make them look like Framer, which is less desirable for the Village to kill off as they are a non-killing mafioso, so it may score you another night and another chance to kill someone, which could win the game for the Mafia. The Framer can work with the Kamikaze to pull off a trick during the day as the Framer is one of the most expendable members of the Mafia, so if they get caught, it’s worth it if it means saving the Toaster or Godfather.

The Framer can frame anyone and is never seen by the Creeper. The Framer is a non-visiting role. Since he doesn’t enter anyone’s house, the Granny doesn’t kill him.